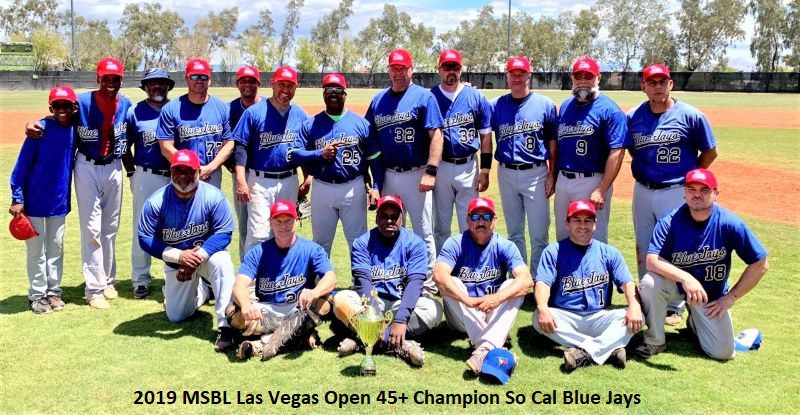 We are happy to announce that the So Cal Blue Jays are Las Vegas Open Tournament ‘back to back’ Champions. This Memorial Day weekend Tournament was lots of fun as we enjoyed a total team effort all weekend.

The 2019 edition of the Blue Jays was compiled of players from the OC Sox, So Cal Blue Jays and a few players from Las Vegas. We had solid pitching performances and lots of timely hitting, scoring 61 runs in five games.

The Blue Jays have been in the MSBL Las Vegas Open Tournament championship game five years in a row, winning three of them.