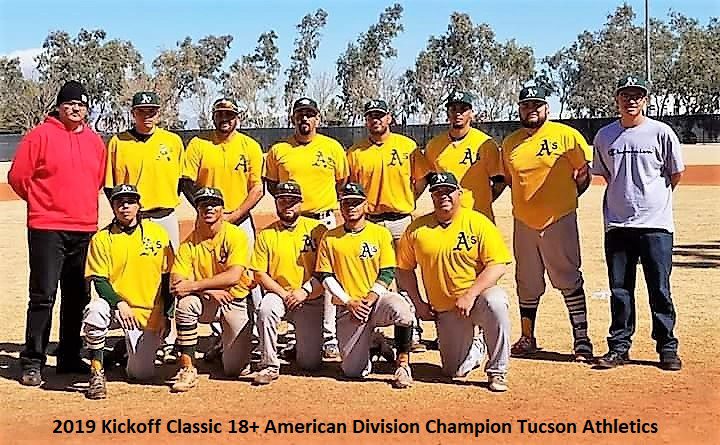 ‘Romo Leads the Way on the Bump and at the Plate’ 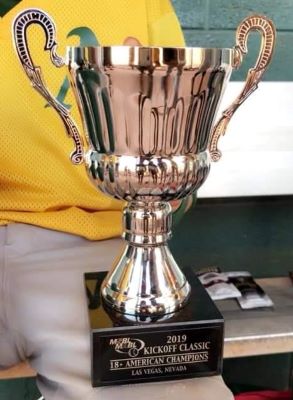 After having a few people drop out at the very last minute and only coming to Vegas with 12 players, the Tucson A’s were already starting their tournament with their backs against the wall. The weekend only got worse after going 0-2 after suffering two demoralizing losses on Saturday. Francisco Barcelo threw a complete game gem on Sunday to beat the Las Vegas Knights and shift the momentum going into the playoff round.

In a rematch against the Knights, Alfonso Cardenas also pitched a complete game gem, despite errors, leading to the Knights being ahead 9-2 in the bottom of the 9th. Somehow the A’s managed to come back and win, with Jose Romo hitting a walk-off single to win 10-9.

Coincidentally, Romo started the championship game against the Last Vegas Dirtbags, who easily beat the A’s in the first game of the tournament. Romo continued the excellent pitching for the A’s as he threw a complete game masterpiece and led the Tucson club to a victory and ultimately, a championship.

With only 12 players, the A’s defied all odds and became champions.