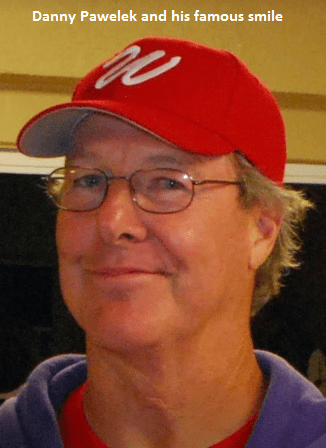 66 year old Danny Pawelek is possibly the most sought after pitcher in MSBL World Series history. This rubber-armed iron man continually throws for the upper-tier teams and has accumulated more rings than he has fingers and toes and shows no signs of stopping. “I have been fortunate by the sheer longevity of my playing time to see and do a lot of things,” stated Pawelek. “Longevity lets you put up some numbers that really only your health can provide. I thank God for letting me use the talent that He gave me to enjoy.”

Danny began his MSBL career in 1993 in Utah, where he still resides, and attended his first MSBL World Series in 1994. Because of his dedication and work ethic, MSBL Founder and President Steve Sigler has inducted Danny into the 2018 class of the MSBL World Series Hall of Fame.

“The greatest thing I love about this game of baseball is that no matter if you’re rich or poor, handsome or ugly, big or small, famous or not, when you get between those white lines everybody is on equal terms and then the true nature of yourself comes out in your play.” 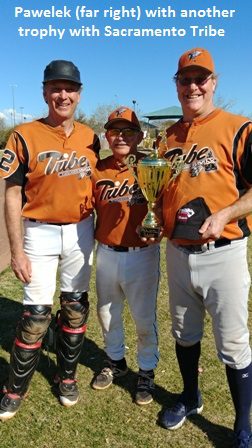 way. One of them took place just recently in San Diego over Memorial Day. “I pulled a hamstring in the first game in my second at-bat at 8:30 in the morning and sat out the rest of Saturday and Sunday but I strapped on some KT Tape and a bandage and went out on Monday in the first game of the loser’s bracket,” explained Pawelek. “Amazingly I threw a seven-inning no-hit shutout and then I pitched the next game after that and won 11-2 against the Pirates. It was only the second no-hitter of my life and those are hard to come by.”

Unbelievably Danny only played freshman ball in high school and didn’t play again until he joined MSBL in 1993. He has turned his passion into a craft and now teaches his techniques to kids. He has even turned himself into a head coach, as he has headed up Division II College teams. “I have been giving pitching lessons for the past 13 years. The weather can be a little iffy here in Utah so I have spent many hours sitting on a bucket in the tunnel of the indoor facility teaching them the proper techniques. I have also taught my two sons how to pitch and they were both drafted, one of them in the first round in 2005.”

With such an amazing resume on the ‘bump’, one of Danny’s fondest memories comes from the batter’s box. “One of my absolute coolest achievements that I treasure is hitting for the cycle twice in the same day in a double-header, and one of those games having 10 RBI here in Salt Lake City.”

Yes, Danny can hit and is usually in the batting order when pitching or when he is playing third base or wherever they need him. “The more you do the luckier you get. If you don’t do anything you will never get better. Pitching is a team sport.” 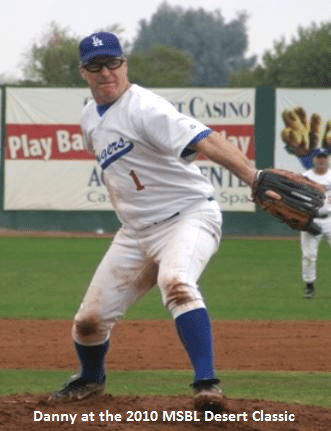 Is Danny full of himself? Not a chance. If you have been fortunate enough to get to know this walking ambassador of MSBL, you are greeted with a big smile, even if you’re standing in the batter’s box. Danny loves life and loves baseball. “You better watch out what you say about the game because the baseball gods are listening,” Danny explained. “They don’t like to hear things that are absolutes. I remember telling a guy a couple years ago when he asked me when was the last time I gave up a home run. I told him I hadn’t given up a home run in years. By the fourth inning of that game I had given up five home runs. That was memorable, and a good lesson!”

You’ll see Danny pitching all three weeks this year in Arizona at the World Series and you’ll probably see him standing in line at Tempe Diablo Stadium being fitted once again for some rings. But this journey didn’t happen alone and he is very quick to let you know that. “Bob Sherwin of the Athletics took me off a team that was just a so-so team many years back but had beaten them so he recruited me. We have been together on a lot of different teams. These guys make it possible to all play where needed. Randy Miles in our Utah MSBL has been instrumental in my career. He brings great organizational skills and has great respect for the game and its players. He is also a tough out! (Fellow WS HOF inductee) Mike Thatcher has always been a wonderful teammate and person. I just love that guy. 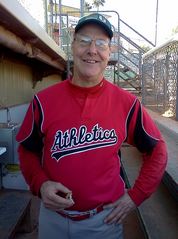 Vernon Wells and Ron Piacente continue to be great teammates and very skilled and a joy to be around. Also, John Enright from Berry’s has been a wonderful help to me and my career. He is such a class guy but there’s no BS with that guy.”

Pawelek continued, “After playing at this game for so long, and the work that it takes to stay in shape and produce at a pretty decent level, it’s nice to have the recognition of your peers and I would like everyone to know that for every person that’s inducted into the Hall of Fame there are probably others that should be also. I’m grateful that God has given me the body and despite all the setbacks and difficulties, the persistence to continue to be able to play. There’s a lot of people who can’t play after a while because of this or that, and I’m grateful that I was able to have that opportunity. Regarding Hall of Fame status, it just says something about the love I have of the game and my being able to persist. If I had to wait for my body to feel good every time I went out and played, this wouldn’t be possible.”

Danny and his wife live in Springville, Utah located fifty-two miles south of Salt Lake City. Though that may sound rural, all roads to ball diamonds across the country begin in Springville. Nobody works harder or accomplishes more than Danny Pawelek. Don’t be surprised if you are standing in a batter’s box in 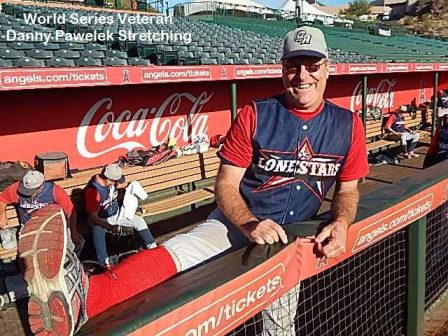 Las Vegas, Palm Springs, San Diego, Arizona or Florida and there is this 6’ 3” guy smiling at you from 60 feet away, because he just loves being there. I guarantee you that the same smile will be greeting you after the game, win, lose or draw.