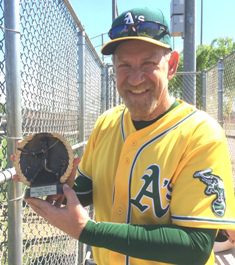 Terry Van Gundy is a 61 year old MSBL veteran of over 30 years who was the 1988 originator of the Arizona MSBL located in and around the Phoenix area and one of the most successful leagues in the MSBL family. Last year Terry began the five team Prescott (AZ) MSBL in a community located about an hour and a half north of Phoenix. MSBL Founder and President Steve Sigler has recognized Terry’s contribution to the Arizona baseball community and has inducted him into the 2018 class of the MSBL National Hall of Fame.

“I am now playing first base, third base and pitching for the Giants in our 25-over division, at least as long as the screws hold up in my arm,” said Van Gundy. “Our league runs through the end of October and then we will begin the playoffs. Our goal is to expand to an even eight teams and assemble a team or two for the World Series in a couple of years.”

Terry was a pitcher for the AAA Giants but broke his arm at the age of 20 and was never able to fully recover. He 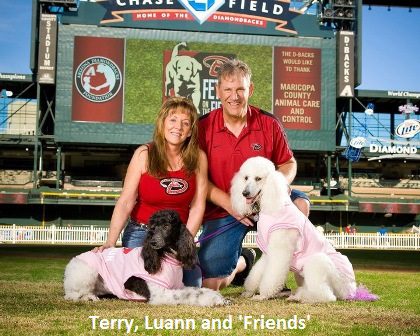 then threw in the then newly formed Arizona MSBL but then broke it again. But his passion for the game never faded.

Terry and his wife Luann have produced five children and 10 grandchildren while Terry continues on as an auto auctioneer, his profession for the past 36 years. They moved to Prescott two years ago, a community of about 50,000 people sitting at around 5,300 feet elevation. “I have approached the communities of Cottonwood, Flagstaff and Sedona, to name a few, and hope to be at eight teams in the next year or two. Those areas find it hard to travel to Phoenix to play so we are a great option for baseball guys.”

“In a new league you don’t want to discourage any young players from coming on board, as they are the future of our league,” added Van Gundy. “Yes, we are a 25 and 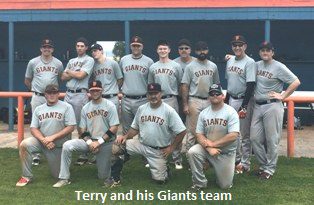 over league but there are guys out there from high school or college looking to play. We don’t want to turn them away so we made a league rule that each team can carry three players under 25 and then can play any position. Since all teams have these special players we feel that it is fair.”

The future looks bright for the new Prescott MSBL as Arizona is well documented as a baseball hotbed. “Our surrounding communities have around 100,000 people and I will be spending the winter months recruiting in social media and print as well as pounding the pavement. There are a lot of ball players out there looking to play.”