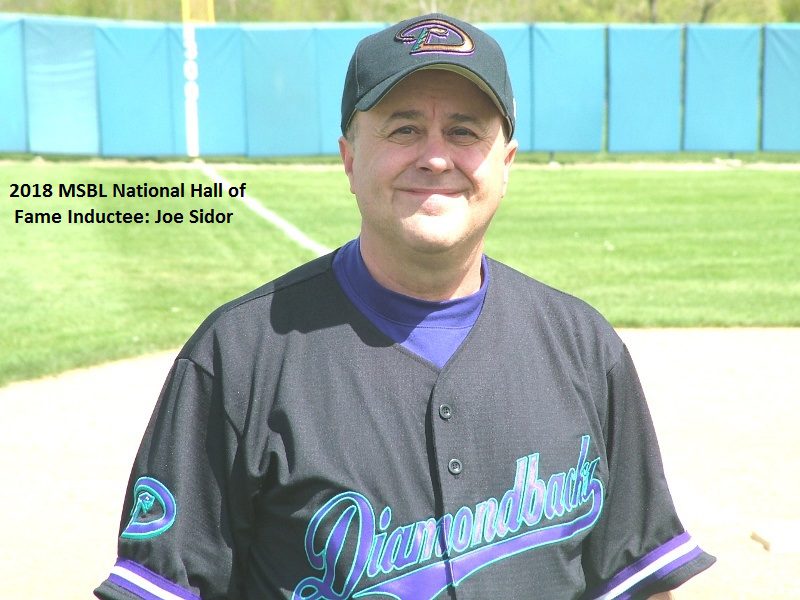 Joe Sidor is the 69 year old CEO of the Ohio MSBL, located in and around Canton, Ohio, who is an architect off the field and also an architect in the trenches while helping administer the league. He and his wife Dana live in Kent, Ohio, while Joe stays sharp on the field by playing in the league for the 55+ Sidewinders and the 65+ Ohio Phillies. To keep his dance card punched he is also a long-standing MSBL World Series player. Because of Joe’s stunning accomplishments in the league and at the World Series, MSBL Founder and President Steve Sigler has inducted Joe into the 2018 class of the MSBL National Hall of Fame.

“I started going to the World Series in 2009 and have been going most years ever since,” explained Sidor. “The highlight was in 2012 when we won the 65+ championship.

I have played in the 55+, 60+ and 65+ divisions mostly with the Ohio Classics. I have also played on some pool 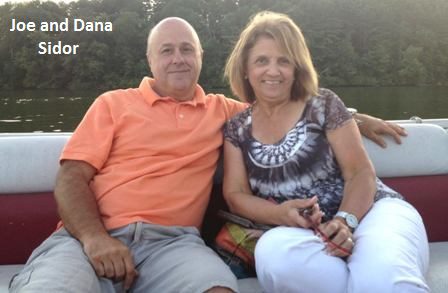 teams and had a great time, and this year we are starting our own 65+ team, the OHIOMSBL Legends.”

But Joe’s success isn’t limited to his World Series accomplishments in October. It is merely a chapter of Joe’s ball playing and league administrating resume. Here’s what league member Steve Masten had to say about Joe’s league involvement: 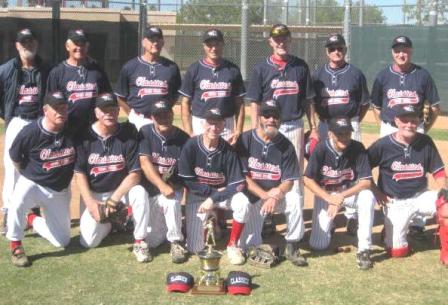 “We started the OHIOMSBL in 2009 with the help and support of Steve Sigler. Our original goal was to form a group of 4-5 teams that wanted to play on a better organized league than we had available to us in this area,” said Sidor. “We were surprised and overwhelmed with the support we received from other players in the area, and have since grown to 27 teams as of now, with regular summer and fall schedules. Obviously running a league of this size takes more than myself and I couldn’t do it without the help and support of (2018 HOF Inductee) Skip Riser, Steve Masten, Nick Loukas and all the managers that week in and week out put in the organization that makes our league successful.”

To go from a goal of four to five teams to an amazing 27 teams in five divisions in less than ten years is a true measuring stick of success. “I am honored and humbled to be included in the list of great players and managers that MSBL has chosen to receive this award. I can’t help but feel undeserving of this compared to most of their accomplishments. But I am especially honored to be receiving this award in the same year that my league partner and co-founder, Skip Riser, is receiving this award. No one is more deserving of this award than he…both because of his rich and successful career in playing the game, but his selfless dedication in providing leadership for our league.”