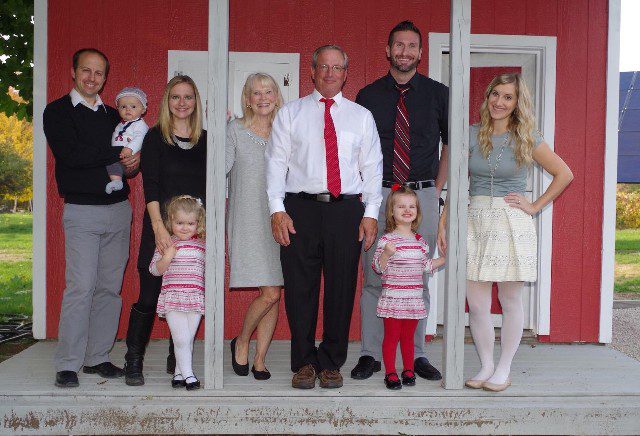 Charlie LaDuca founded the Chautauqua MSBL back in 1992 and remains the league president a mere 26 years later. Located in Fredonia, New York this 66 year old pitcher/first baseman not only continues to play in the league for the 25-over Pro Bat Yankees but is a major contributor to powerhouse teams annually in the MSBL World Series every October in Arizona. For his exceptional passion to both his league duties and his World Series involvement Charlie has been inducted into the 2018 class of the MSBL World Series Hall of Fame by MSBL Founder and President Steve Sigler.

“I can’t thank Steve Sigler enough for organizing the MSBL,” expressed LaDuca. “The experiences I have had, and the people I have met, would not have been possible without his hard work and vision. The past twenty-five years have been a blessing. I have memories to last a lifetime.” 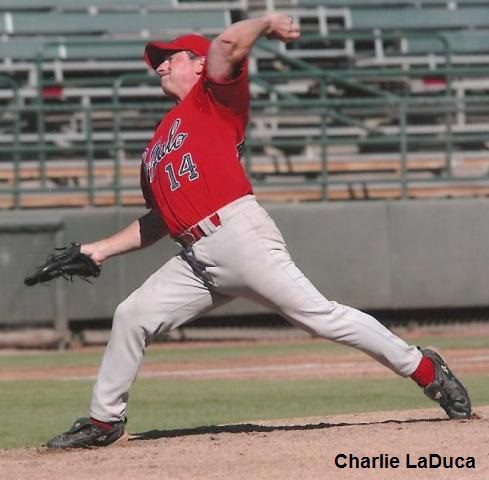 grandchildren Ella, Kinley and Camden. His father Sam LaDuca introduced him to the game and supported him throughout, along with his mother Joan.

“There are so many people to thank for seeing me through this journey. My wife Ann for putting up with my obsession with baseball for all these years, Tony LaGreca for recruiting me to play in my first World Series and Bob Sherwin for recruiting me to play with his outstanding LA Athletics team. I also can’t forget to mention my high school baseball coach Dick Myers who taught me the right way to play the game. I modeled my thirty-year coaching career after the lessons learned from him.”

Charlie was obviously a very good student of the game. He has participated in 24 MSBL World Series Tournaments as well as several regional tournaments. His amazing World Series pitching record is 26-9. This crafty lefty also sports a batting average of .380. He has played in the Nike World Masters Games and won his first World Series Championship in

2017 as a member of the Bob Sherwin powerhouse LA Athletics. Charlie is also a longtime Father/Son competitor with his nephews and son-in-law for the Pro Bat Yankees, the wood bat company he founded and continues to oversee.

What does this honor mean to him personally? “I am proud of my accomplishments and very honored to receive this recognition. When I received the news, I took a mental walk through my baseball career and it brought a big smile to my face. The thing is, I love this game and the people associated with it. It’s something I thoroughly enjoy, so this is like a bonus for doing something I love.

I play in part to challenge myself and for personal satisfaction. I organize leagues and events so others can experience all the joy this game can bring. This award recognizes my contributions to the game of baseball and the MSBL, which is very satisfying. I have never played for recognition, but I certainly do appreciate it.”