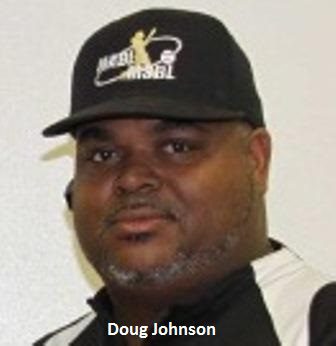 Doug Johnson is originally from Cleveland, Ohio and is a 2001 member of the MSBL Hall of Fame and also was an MSBL Lifetime Achievement Award recipient in 2011. He has been the league president of the North County MSBL, located in and around San Diego, since 1995 after beginning his MSBL career in 1993 with his Marine team. He also goes back to the Hardball Magazine days when he assisted San Diego friend and publisher Dan Piro as a World Series coverage coordinator. Now Doug can add the 2018 Co-Man of the Year award, as presented by MSBL Founder and President Steve Sigler.

“This award means a heck of a lot to me. Thank you. MSBL is a large organization and to be singled out by Steve is a tremendous honor. I usually shy away from recognition. I am a blue collar guy who doesn’t seek the spotlight. But it is so nice to be noticed and to be awarded for doing the right things. This is a tremendous honor.”

Doug hasn’t played since 2003 because of health concerns but still arranges to take a team to the MSBL World Series most years as manager, usually in the very competitive 18-over division. “I manage the 18+ San Diego North Redback’s, named after our sponsor Redback boots. That’s a tough division. We haven’t won it yet but we manage to stay competitive and have a good time.”

In 1993 Doug went to his first World Series with the Dragons, who were his first Marine Corp team. Though he got

sick in 2003 and couldn’t play he continued to run the team for the next decade.

Today Doug is the head of the grounds department of the Escondido School District, a position that takes sometimes 70 hours per week to handle at certain times of the year. “It’s tough to work for the district and run the league,” explained Johnson. “On weekends when running the league I leave at 6:00 am and am not back home until 7:30 pm. I open the fields, close the fields and then find time to handle everything else in between. They ask me ‘How can you be everywhere?’ The only way I can do this is a lot of things have to go right,” chuckled Johnson.

Doug’s determination to do things right has resulted in a well-tuned league comprised of 47 teams in 18+, 35+, 45+, 55+, 62+ and 70+ divisions. He has made the North County MSBL one of the most successful leagues under the MSBL umbrella.

Though Doug isn’t quick to convey his age, his kids are aged 17, 19 and 21 and he is quick to give credit to his family for their patience. “My wife is a saint. She entered my life when I was already pretty active in the game so my current involvement comes as no surprise to her. But when the league is over and the other San Diego teams are gone to Arizona we can just relax and hibernate for a while.

I love playing the game but I embrace staying involved in baseball. We keep giving opportunities to guys to play. The older guys in our league, as well as at the World Series and other national and regional tournaments, are a fraternity. They continue to have a platform to keep playing. That’s what it’s all about.

I believe the most important part of any organization is the people. I’ve had the pleasure of working with some outstanding individuals over the last 25 years. Although it’s impossible to name everyone, I would to thank all the team managers over the years for keeping the league going strong.”

I would like to thank our local field guru Ralph Cripe. Ralph is well known in the San Diego area for his wealth of knowledge and skills maintaining baseball fields. Chris Bunnel also played a huge role early on in establishing a field maintenance program.”

“I would like to thank our Umpire Board of Mike Cascioppo, Bill Kemp, Frank Rios and Bob Gural,” 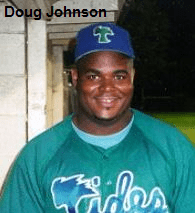 Finally, special thanks go to Bill Rindone for always being there for me the last few years when I really needed help. No matter when I call, he’s always willing to lend a hand.”

Posted in MSBL Man of the Year, Uncategorized
Scroll To Top