‘Danny ‘the Beast’ Pawelek Shows Off Hall of Fame Form’ 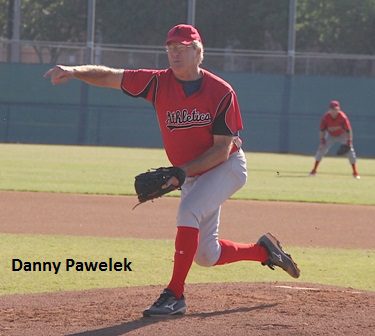 Craig Aramaki, one of 26 men on the roster, earned MVP honors for the Athletics. Gino Suter was 3-4 and Mike Denevi was 3-3 with two RBI. Pawelek was 2-2 with four RBI.  The Chicago-based Fire never had a chance.

Pawelek and his battery mate, Dave Howard, combined to make sure of it. “Defense is the name of the game,” Pawelek said. “I have a catcher and he gets me 12 strikes I don’t get on my own. But it’s good to have a bunch of guys because everyone’s a little sore. It’s still a lot of fun though. We are all so lucky to be here.”

Earlier in the tournament Pawelek took a line drive off his knee. The injury briefly prevented him from pitching. 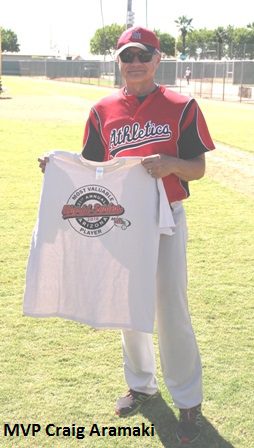 But the tall, right-hander put some tape on it and added a sleeve for his quad. “If we waited until we felt good to come out and play we wouldn’t be playing,” he said.

“Danny’s the beast,” Howard said. “The biggest thing a catcher can do for him is find out what’s working and what spots he’s throwing to and exploit those. They were very good hitters. I actually came yesterday and took notes on them to try and find some weak spots. Every single one of them could put a bat on the ball, but our defense played great. Paul McPherson made that great backhand play at third that took the wind out of their sail.”

The Athletics jumped on Fire southpaw pitcher Chuck Heatley, scoring six runs in the bottom of the first. They brought 11 men to the plate.  Denevi and Pawelek each drove in two runs with solid hits.

In the fourth the Athletics did it again, with Suter, Mark Flatau, Pawelek and John Arnold all getting hits to chase Heatley from the game. 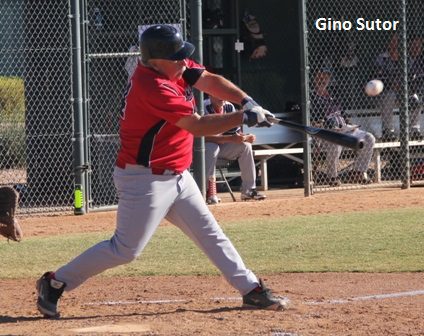 No TSP player had more than one hit. Joe Tarka, a substitute who got hit by a pitch and singled, scored both runs for TSP. Bobby Buffa and Ray Moon, who pitched three plus innings, had the RBI’s for the Fire.

Bob Sherwin, the Athletics’ longtime manager, said his team’s depth was important. “Jumping out and getting six runs against a good team makes it easier,” Sherwin said. “I knew they were a good squad and knew they were going to hit. I think the difference with our team is we carry a lot of pitchers and we had our best pitcher ready to go for the championship game.”