‘Piacenti Leads the Charge to the Title’

October 26, 2018, Mesa, AZ…The San Antonio Lonestars apparently hold grudges – and leads -when it comes to what happens on the diamond. The Lonestars lost early in the week to the Fresno Grizzlies.

“It’s etched in our memories,” Lonestars manager Joel Morely said before the game. “We know exactly what the score was.” 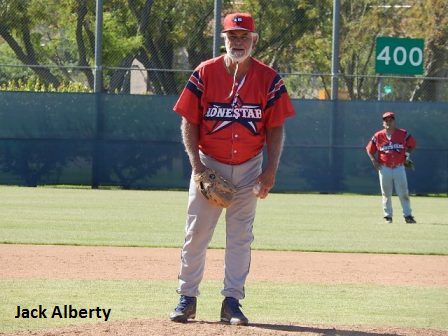 The two veteran teams met again in the championship game of the 65+ Central Division at the MSBL World Series and the Lonestars won 5-2 for their second Arizona title in three years to get some measure of retribution for the 10-3 loss earlier in the week. “We didn’t have all of our players, and they did,” Morely said. “We wanted to play them again.”

They got that chance after both teams went 5-1 for the week including impressive wins in the semifinals to reach the finals.

The Lonestars (6-1) finished off the tournament by scoring three runs in the first inning and relying on three pitchers to hold the Grizzlies (5-2) to six hits. Team MVP Richard Sandate came in the sixth inning with two runners on and one out. After walking the first batter to load the bases, the former Mexican League Hall of Fame nominee got a strikeout and groundout to preserve a 4-2 lead. It was the second ring for Sandate, who ranks third in career 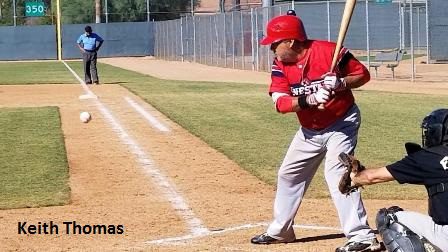 innings pitched in the Mexican League history, and he was actually choked up talking about the efforts of the Lonestars for the week.

“I am blessed to be able to wake up in the morning and still play the game that I love,” said Sandate, 69, who pitched in four of the seven games for the Lonestars with three wins. “This is a great group of guys and we put each other first. It’s a great thing to be able still play this game. I never made it out of the minors, so this is my MLB.” 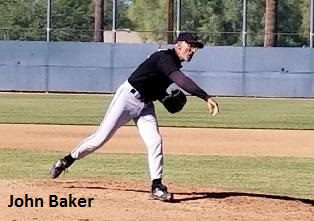 Sandate, who was drafted in the 22nd round by the Braves in the 1968 MLB draft, was pulled with two outs in the ninth inning after 3 1/3 scoreless innings. Mike Anderson got the final strikeout with two on to make sure everyone got measured for a ring and Jack Alberty picked up the victory.

“The pitchers were huge,” Morely said. “The starter (Alberty) did exactly what we needed, got us at least five innings, Richard is slow, but he gets all the outs we need, and Mike got the strikeout for the win.”

The Grizzlies did have their chances as the two-run fourth ended with two runners on and the sixth inning ended with the bases loaded. “The bats weren’t there today, and that was a big surprise because we’ve scored a lot of runs all week,” Fresno manager Bob Schiotis said. “We didn’t get the big hits when we needed them, but it was a great week.”

Fresno had two hit games from Mike Garver and Dave Wolff while right-hander John Baker went all nine innings on the mound with four strikeouts while allowing four earned runs. The Lonestars were led by their top two hitters in the lineup as Ron Piacenti had three hits, three stolen bases and three runs, while Andy Bowie had three hits, a run and RBI.

groundballs by Hector Gonzales and Juan Ahumada to help the visitors grab that 3-0 first inning lead.

“As a pitcher it allows you pitch differently,” Sandate said. “You can relax, sit on the corners and make them hit your pitch.”

The win gave most of the Lonestar players their sixth ring in four years over various associations. Some of the

players have upwards of 20-plus rings overall while a good portion of the roster won a ring for the first time.

“The first one is very special and that means a lot to our guys. They are really happy right now,” Morely said. “But it doesn’t matter if it is your first or your 10th; getting that ring is what everyone plays for. Especially, at this age. We are all getting up there and have a couple of guys in their 70s.

“It’s a pretty special feeling for all of us.”