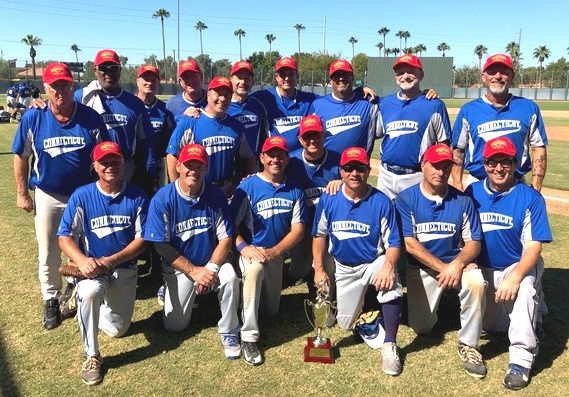 By Matt Akins, special to MSBL 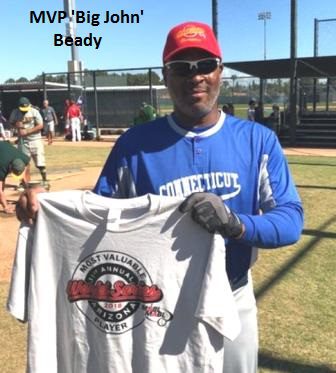 October 25, 2018, Mesa, AZ…Scorekeepers were kept busy in this high scoring game between the Jor Els and the Blues as bats were blistering. Seattle started off hot, taking a 4-0 lead in the first inning. According to Blues manager Jeff Naranjo, “this was the hottest our bats were all week.”

After a four run first inning the Blues bats went quiet while the bats of the Jor Els could be heard all the way to New Haven, especially the bat of Big John Beady. Beady tripled in the second inning and later scored on a sac fly.

The third inning was filled with walks and errors but both teams were able to get out of trouble and not allow further damage. The Connecticut top of the fourth began with a walk to Glenn Klare. Tom Roberts then singled while John Beady singled to load the bases. Seattle walked Gary Brasile, bringing in another run as the bases remained loaded. Leveen grounded into a double play, scoring Roberts. Leveen was safe on a fielder’s choice at first when Rick Garofalo singled to center, knocking in Leveen, who went from first to home, tying the game at four.

After Brian Dolezal popped out to third to start the bottom of the fourth for Seattle, Mary Jo Fraser singled to 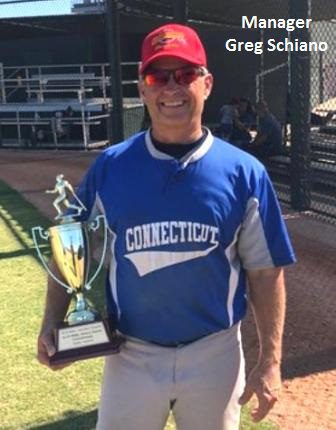 right. Rocky Nordness followed with a double to center, advancing Fraser to third base. Servizi then singled on a hard hit ground ball in the hole, scoring Fraser, as Rocky Nordness advanced to third. Nordness then scored on a passed ball, ending the scoring as the Blues re-took the lead 6-4.

The top of fifth started well for the Jor Els with a single by player/manager Greg Schienda, followed by a single by Roberts. Mark Carroza was safe on a fielder’s choice as Schienda was erased. With runners on first and second and one out, Dave Drawhorn pounded a double, scoring Roberts and advancing Carroza to third. Michael Dimino then singled to left, plating Carroza. After a ground-out to short, Roberts came up with a single scoring both Drawhorn and Dimino. Connecticut took the lead 8-6. The scoring stayed that way until the eighth inning.

In the top of eighth ‘Iron Man’ Tom Roberts doubled with two outs. 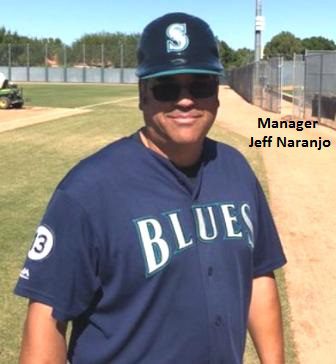 The top of the ninth inning proved fruitful for Connecticut, as they looked to put some distance between themselves and the Blues. Leading off the ninth Paul Carozza was hit by a pitch, Rick Garofalo singled to center, then Price also singled to center. Though Schienda struck out, Roberts grounded into a fielder’s choice while Mark Carozza scored, advancing the runners to second and third. Carroza then lined a single in the hole scoring another run as Connecticut led 10-6 going into the bottom of the ninth. 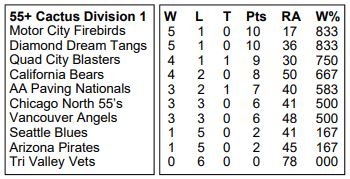 Things started well for the Blues in the ninth as Servizi singled to lead off the inning. But after a Mike Jacobs fly-out to center, Stew Johnson ended the game with a ground ball double play to short.

Jor Els manager Greg Schienda named Big John Beady the MVP for the tournament. “The ball looked like it was hanging on a string,” said Beady. “It was such a good week I may not come back because it doesn’t get any better than that”. This was Big John’s first championship with the MSBL and looks forward to a couple more.

Schienda has been playing with the MSBL for 28 years and has gotten to the finals a couple of times but this was his first championship ring. Blistering bats by both teams kept this one interesting while Connecticut pulled away and never looked back, winning the Cactus 55+ consolation championship 10-6.