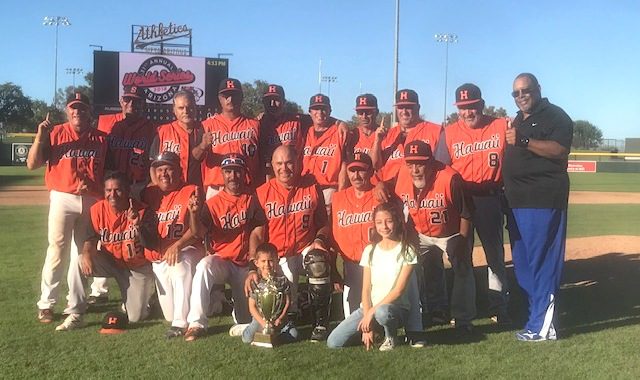 ‘Viramontes Settles in on the Bump’

By Tom Pomatto, special to MSBL 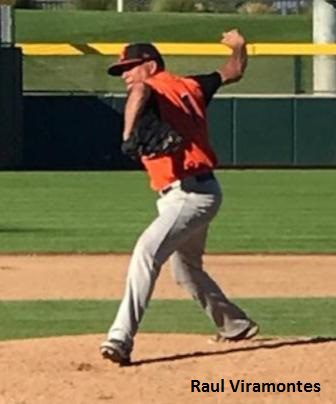 October 19, 2018, Mesa, AZ…The Hawaii Islanders overcame a 2-1 deficit by scoring five runs in the seventh inning to defeat the Louisville Slugger Warriors 6-2 in the 50+ Cactus Championship game at HoHoKam Stadium. LS Warriors pitcher Matt Kinsey was cruising along with a 3-hitter until the Islanders erupted in the seventh inning. Ernesto Perez delivered a key double to drive in the first two runs in the frame, and after Bobby Dominguez singled to drive in the third run, Jose Flores followed with another single to drive in two more runs, putting the game out of reach.

The Warriors struck quickly in the first inning as the first three batters reached with hits and scored on singles by Kinsey and DJ Vanderwerf. But that was it as Islanders pitcher Raul Viramontes shut down the Warriors over the last eight innings, giving up only five hits.

Hawaii cut the Warriors lead to 2-1 with a run in the fourth, loading the bases with nobody out. Mauricio 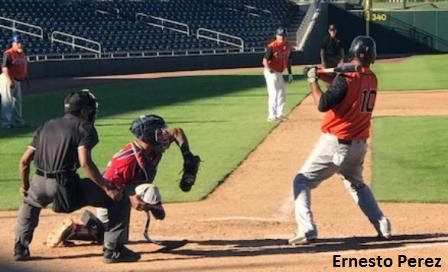 Carillo drove in the run with a sacrifice fly, but then Kinsey worked out of the jam by retiring the last two Islanders.

After giving up five hits in the first inning, Viramontes scattered five hits over the final eight innings to earn the complete game victory, striking out three and walking just one. Mauricio Carillo and Adolfo Paz each had two hits to lead the Islanders offense. Mike Rose had two hits for the Warriors.