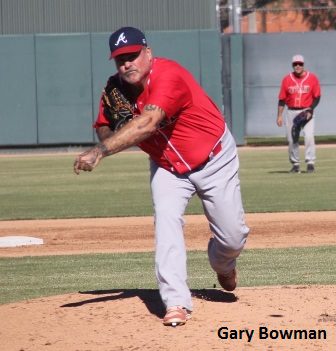 October 19, 2018, Mesa, AZ…Southpaw pitchers Greg Bowman and Patrick Littlefield combined to scatter 12 hits as the Utah Braves beat the Austin Express 13-7 at Mesa’s Fitch Park in a 50 plus Cactus consolation game. Braves’ manager Randy Miles, hitting in the eighth spot, was 4-4 with two RBI and a double. Utah pounded 19 hits off of four Austin pitchers.

Bowman, who pitched the first five innings, earned the win. His manager said both lefties’ endurance was pivotal all week. “That was Patrick’s third game and Bowman’s third (this week),” Miles said. “Patrick saved us last game and this one. We were in a really tough pool this week. We were 2-4 in pool play. And our last playoff game we had to come from behind to win 15-14 against Colorado.”

Bowman allowed six runs on eight hits. Littlefield was named the team’s MVP. He struck out four and walked 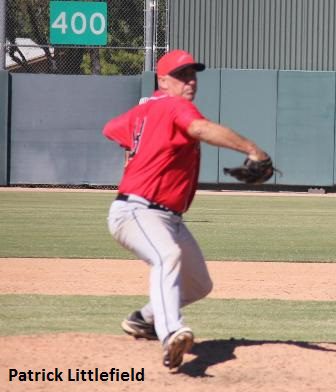 one and pitched a perfect ninth, ending the game on a strike out. “I know this team is going to keep scoring runs,” Littlefield said. “So it keeps me relaxed. I tried to keep the ball down and get some ground balls. It’s nice having confidence in my fielders. No matter where they hit the ball somebody’s going to make an out. My catcher (Phil Young) also calls a great game back there. He speeds them up, slows them down, works them in and out and he keeps me motivated and having fun.”

Utah finished the week 4-4 overall. The Braves notched lone runs off Austin pitcher Jack Alberty in the first three frames. But the Express tied the game 3-3 in the bottom of

the third, capitalizing on doubles from Richard Corbin and Mike Baskerville. The Braves tacked on two runs in the fourth to take a 5-3 lead, but Austin took a 6-5 lead with three runs off Bowman 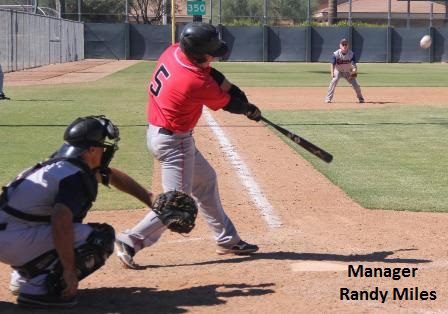 in the fifth. Utah erupted for five runs in the sixth to take a 10-7 lead.

Brady Field led off with a single and Young got a hit to knock Alberty, who allowed seven runs on 10 hits, out of the game. After Austin reliever Ed Cooney entered the game, Allen Zentgraf hit a double to left center to score two runs. Then, Brad Hill, Andy Campbell and Miles reached on hits. Brent Moyes scored Campbell on a fielder’s choice RBI. The next inning, Field added a two-run single, scoring Greg Bonner and Craig Aramaki.

The Express were led by Corbin, who was 3-4, played first base and 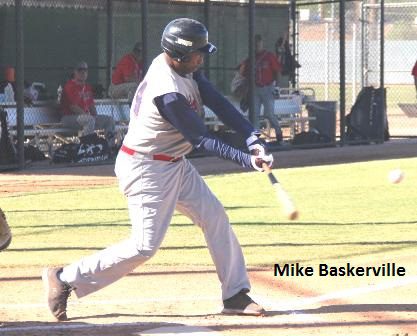 Young caught all nine innings for the Braves, but credited his two lefties for solid games. “Both guys had real good command,” Young said. “They changed speeds and worked both sides of the plate and worked fast. The only thing that kills you is walks and so we try and minimize that as much as possible. Both guys did a great job. They made my life easy.”