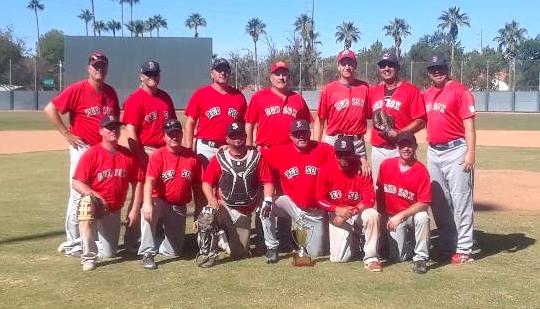 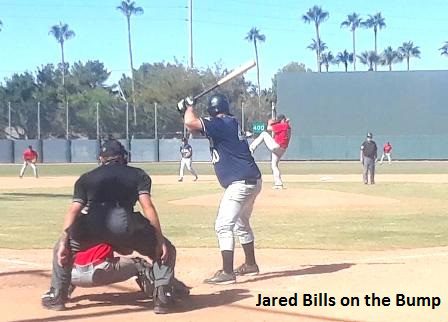 November 3, 2018, Fitch Park, Mesa, AZ…Encouragement to his teammates and enjoying both camaraderie and the competition on a baseball diamond is something the doctors of Jared Bills never thought he would be doing in 2018. And yet there he was during the first weekend in November in Mesa, Arizona.

“That’s a great block! Way to get in front of it!”, Utah Red Sox pitcher Jared Bills yelled to catcher Kris Phillips in a critical bases loaded situation in the seventh inning. “It was tough,” Bills explained after the game. “I am not a pitcher. Kris worked his butt off. He called a good game and blocked good balls with runners on third.” 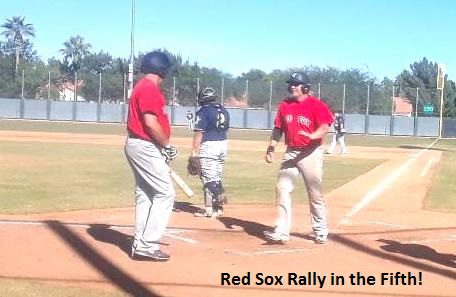 12-8 for third place in the 45-plus Cactus Division. Bills has been fighting cancer since 2008 and continuing with extensive treatment. “The doctors said I had two to three years,” explained Bills. What the doctors underestimated was Bills’ strong positive mind-set and supporting friends. “I am playing on borrowed time,” he said. “Now it’s my time! I get to play with my best friends… we coach each other’s kids. It’s a family affair!”

It was certainly the Red Sox’s time against the Stars. The offense scored early, thanks to 10th-hitter Kris Phillips, who stroked a two-run single up the middle to conclude a four-run eruption off Stars (2-5) starting pitcher Mike McCarty for a 4-1 lead after two innings. Utah (5-2) was able to push the lead to 11-4, but the Stars showed some resiliency by make a push in the seventh inning. 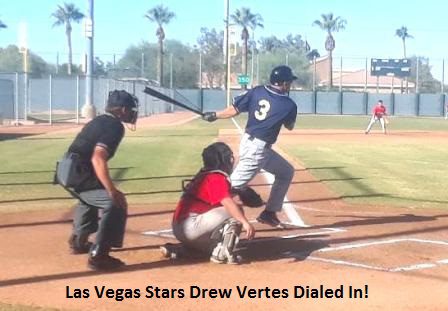 With two runs already after an error, a few hits and walks, the Stars loaded the bases and Bills came in to relieve Gabe Aguiana. He induced a grounder to third for the second out, but then walked two batters before getting a strike out to end the threat and preserve the 11-8 lead.

“I’m telling you, I didn’t know who was going to pitch [after Gabe Aguiana],” Red Sox manager Steve Proffit said. It worked out well as Bills had a quiet eighth and ninth inning for the victory. This week’s tournament was exactly the 10-year mark of Bills’ cancer notification.

A pragmatic Bills stated, “Cancer does not discriminate. It goes after anybody and everybody.” He furthered a powerful message, “Don’t let a doctor tell you what your chances are.”

The Stars, who went 2-5 for the week, didn’t have much of a chance against the Red Sox lineup, as they hammered 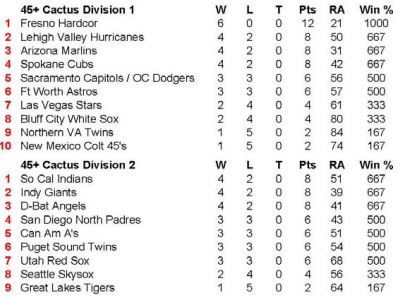 scoring threats throughout the contest. “Our offense is tough… whom do you choose to pitch to?” Proffit said.

“It’s tough when you only have fourteen guys. You get kind of beat up playing all week long,” Stars manager Mike McCarty reflected, “ But we kept scratching all the way to the end.”

Utah took control of the game in the bottom halves of the fourth and fifth innings, putting up three spots in both frames. Sox third baseman Chris Yeates stole two bases and scored in both innings. Hitting in the ninth spot, Yeates finished 2 for 3 with three runs scored.

Las Vegas tried to abate the production with shortstop 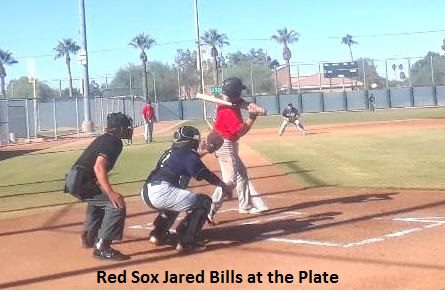 Drew Vertes relieving McCarty, the former NAIA college pitcher, in the fifth inning. It took five hitters before Vertes settled down to pitch a gem the rest of the game. “Luckily enough,” Vertes jokes,”I had just enough ibuprofen to finish the game.”

Vertes also led the Stars at the plate with a four for five performance. “I saw some good pitches and just tried to barrel them up.”

For the Red Sox, the balance of the game was in question in the seventh inning with the previously mentioned bases loaded, one out, situation. Proffit decided to take a chance on Bills. For Jared Bills, he believes chances are opportunities. And he has overcome tougher situations than that.