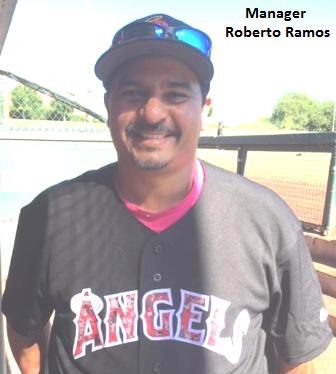 October 27, 2018, Diablo Stadium, Tempe, AZ– Juan Acuna came on for Arizona to shut down a ninth inning rally by Burlington as the Angels hung on for an 11-9 win in the 40 + Mountain Championship game. Acuna, the third pitcher for the Angels, entered the game with the bases loaded and no outs. Trailing 11-7, the top of the Mudhens order started the ninth with singles by JR Romero, Andrew Mercier and Colin Cummins. That brought the call to the bullpen as Acuna came on for Dave Blackburn.

Acuna responded by getting Keith Bellamy to pop out and coaxing a sacrifice fly from Javier Arias. With two on, Danny Tejeda knocked an RBI single to center that brought the ‘Hens within two runs. With the tying runs on base, Acuna got Anthony La to pop out to second, ending the threat and the game. “Juan Acuna came in and saved the day for us,” praised Angels Manager Roberto Ramos. “These guys (Mudhens) are really tough,” said Ramos.

In a back-and-forth game, Burlington took a 4-3 lead with a three-run third inning. Colin Cummings laced a two 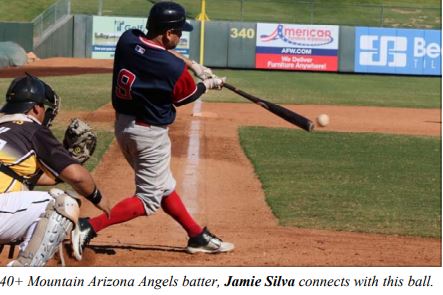 –run double and Javier Arias drove Cummings home with a base hit to give the Mudhens the lead. After a pair of scoreless innings, the Angels broke through with five runs in the sixth. Manuel Birruete’s two-run double capped the big inning. . “I’m not going to lie, I relaxed a bit when we went up 8-4, but you have to give them credit, they never gave up and came back to make it close. They are a really good team.”

Burlington fought back with a pair of runs in the top of the seventh but the Angels countered with consecutive RBI singles by Drew Vertes, Johnny Pagan and Cody Conklin to pad the lead at 11-6. As it turned out, they would need those runs to hang on to the win. 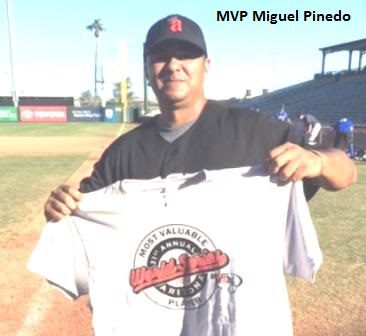 Both teams struggled in a mixed 40 + American/National pool play round. The Angels finished with a 2-4 record while the Mudhens were just 1-5. They picked the right time to come to life. In the semifinals, Mudhens knocked off the Woodland Pirates (3-3) 6-3 while the Angels got a bit of a scare. After leading 10-0 in the third inning, Arizona had to hold off Chi Cal Baseball (3-3) to hang on for an 11-9 win.

Arizona and Burlington each faced different kinds of challenges on their trip to the finals. The Mudhens home base is near the northwestern end of Lake Ontario on the Canadian side of the border. “We have players from both sides of the border,” explained Burlington manager Jason McKay. Mudhens players came from snow, rain and highs temperatures in the 30s and 40s to 80 degrees sunshine in Arizona. “Keep in mind that most of the guys who came down here from Canada had a month or two off from 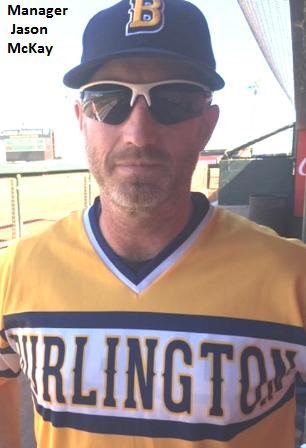 baseball,” said McKay. It was a big change for a team north of the border. “It took us a few games to get going, but it seems like we peaked at the right time to make it to the finals.”

While the Mudhens traveled nearly 2,000 miles and a couple of time zones to play in the tournament, it wasn’t the distance or getting used to the weather that was any problem for the Angels. “Most of our team comes from the Westside (Phoenix),” said Ramos. “Getting ready for the games and just getting here creates some problems for us. I have a lot of guys that work and they have

commitments,” explained Ramos. “Our semifinal game was at 9:45 in the morning on a Friday and I had to take my kid to school like everyone else. We all had all of our daily chores at home to do, go to a game, then do it again the next day. It is really tough.” In spite of the challenges, Ramos says it is worthwhile. “This tournament is about getting to be with your friends and compete. Spending time with your friends and meeting new friends… We all love baseball and that’s what it’s all about.”