By Rodney Johnson, Special to MSBL 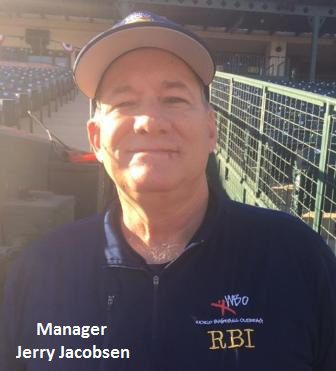 October 20, 2018, Tempe Diablo Stadium– Like a pack of rabbits on the loose, the Tulsa Biscuits stole 13 bases and hopped across the plate 10 times to run past the Omaha Red Sox 10-3 in the 35+ Central title game at Diablo Stadium. The Red Sox took their only lead of the game in the first inning on a two-out RBI double by Matt Slattery. Tulsa tied it in the bottom half of the inning when the first two batters reached on hit-by-pitches. A double steal by Jason Beasley and Brett Case put runners at second and third and Case scored on an RBI ground out by Destry Wright. The Biscuits took the lead for good in the second inning as they stole two more bases and then scored on a sacrifice fly by Josh Naylor. In all, Tulsa stole at least one base in every inning except the sixth and seventh. “We like to put pressure on the other team by sealing bases and using the hit and run,” explained Biscuits manager Jerry Jacobson. “We have some good fresh legs and love to run.” 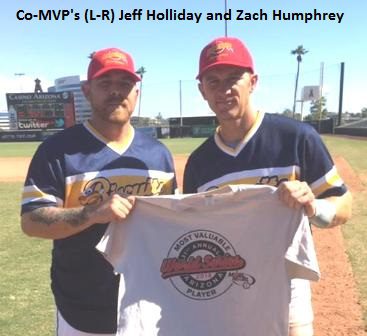 seven bases and score four runs. “They are our igniters,” said Jacobson. “They always seem to get on and get us going.” Tulsa named two co-MVPs to share the award. “Zach Humphrey hit lights out and caught quite a few games in the tournament,” said Jacobson. “Jeff Holliday pitched two incredible games and threw over 250 pitches. We wouldn’t be here today if not for his pitching. He was just stellar.”

Winning pitcher Brett Case tossed a complete game allowing just six hit and recording 12 strikeouts. “If I had to go home with just one memory, it would be the pitching performance by Brett today,” praised Jacobson. “He wasn’t at his best but he just gutted it out and got us the win.”

Chas Davis led the team at the plate by going 3-for-3 with a walk, three stolen bases, a pair of RBI, and a run scored. 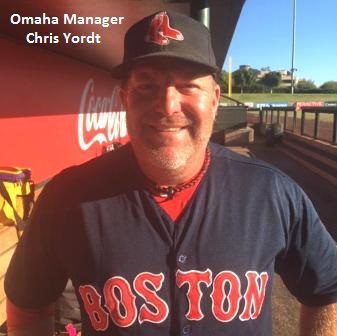 The Red Sox were 3-3 in pool play. Two of their losses game to the Tucson Rays and they almost had a third loss to them in the playoffs. Omaha squeaked by Tucson 4-3 10 innings. “I almost can’t believe it happened,” said Red Sox manager Chris Yordt. “It was one of the weirdest things I’ve ever seen. Two outs, a guy gets a base hit and then three straight hit batsman to force in the winning run.” This was the fifth year in a row that the Red Sox have been together as a team. Last year they won the title at the Cactus Division level and moved up to compete in the Central Division this year. In pool play, the Biscuits just edged the Red Sox 9-8.

“It’s easy to say when you win your games, but I want to say with all my heart that

the umpires and the grounds crews did such a great job and it is a real treat to get to come here and play,” said Jacobson. “You are sure to see us back here again next year.”