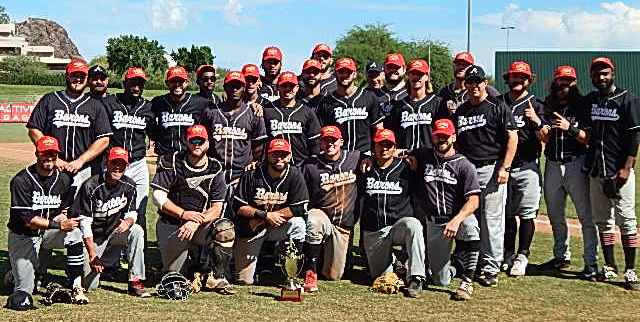 ‘From 1-4 Pool Play to Championship’

October 21, 2018, Tempe, AZ…After losing a four run lead in the seventh inning, the Red Barons rebounded to plate a pair in the eighth and hang on for a 6-4 win. The rally began as Cedric Rodriguez, the Rays fourth pitcher, hit Daniel Ward with a pitch to start the inning. Alex Delgado followed with a single off of the shortstop’s glove that deflected into centerfield. Ward advanced to third on the play. Josh McAdams then lifted a sacrifice fly to center that scored Ward with what proved to be the game winner. Atlanta added an insurance run after Delgado stole second, advanced to third on a groundout and then scored on an error by the shortstop. 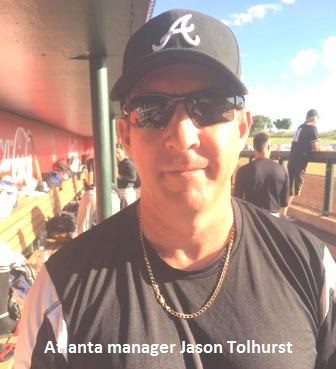 Atlanta didn’t get their first hit until Ben Crillo led off the fifth inning with a singe. It was the first of three straight hits and started a five-hit, three-run rally to break up a scoreless tie. The Rays didn’t roll over however. After the Red Barons had made it 4-0 with a run in the top of the seventh, Orange County countered with four in the bottom of the inning to tie the game again and set the stage for the Red Barons winning rally.

Atlanta saved the best for last after going just 1-4 in pool play. A tight team, they came a long way to get to the tournament and then roomed together once they got here.

The Red Barons came together as a team through an unlikely source. Manager Jason Tolhurst relocated to America from Sydney, Australia in the late ‘90s. “At the time I was looking for ways to keep playing baseball and I hooked on to a local league and it just expanded from there,” he explained. Putting together this team was a labor of love for game. “I’ve just worked to put together the best quality guys; the best by character and ability, and it has worked out well, so here we are. This is my 15th year and we are looking for our fourth ring,” Needless to say, they got it!

Orange County was 3-1-1 in pool play before advancing to the finals. “Our tournament has been about pitching, 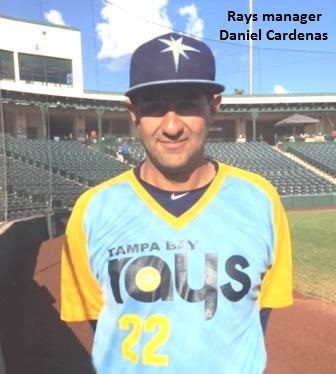 defense and timely hitting,” said manager Daniel Cardenas. “Our number four hitter Andrew Velarde has been the best hitter we have had. Most four-hole hitters hit home runs,” explained Cardenas. “My guy is gap to game spraying the ball around and having a great tournament. We haven’t shown a lot of offense in the tournament, but we found ways to win to get here (finals).”

After falling behind 4-0, the Rays finally broke through with a seventh inning rally. After there was one out, Velarde singled to right field, Oscar Rodqarte walked and Rory Gaddy singled to center brining home Velarde with first run for Orange County. Pedro Gonzalez also had an RBI single and Chris Vega drove in a run when he was hit by a pitch with the bases loaded. A two-out error tied the game and set up the Red Barons eighth inning heroics.

With a fourth ring to wear, Red Barons plan on returning next year to start on the other hand. “We’ll enjoy this one for a bit and then start thinking about next year,” said Tolhurst. “The lure of the ring really drives us.” 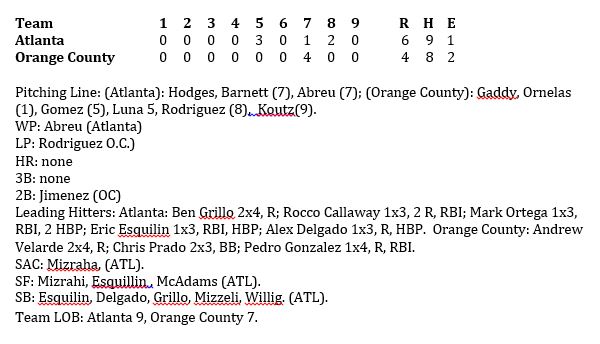