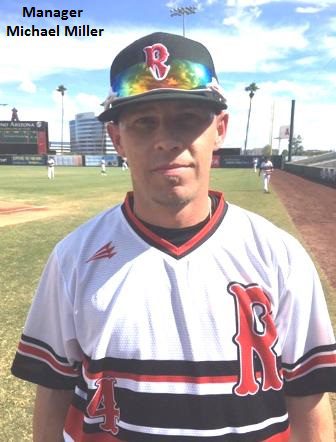 October 21, 2018, Diablo Stadium, Tempe, AZ– Like the big leagues’ 1979 Pittsburgh Pirates, the theme of the Santa Rosa Rose Buds may well be “We Are Family.” A group of 17 young ballplayers staying together for a week at a house on a golf course…what could go wrong? “We rented a big house on a Scottsdale golf course that sleeps 20, so we all stayed together,” explained manager Michael Miller. “I put everyone out in the middle of the desert so they couldn’t go out to the clubs. We just stayed together, barbequed every day and came to baseball games ready to play.” It was a formula that worked for the Rose Buds as they cruised to a 15-7 win in the 18 + Mountain Championship game at Tempe Diablo Stadium.

The Rose Buds got out of the gate quickly as they chased Pirates starter Shawn Blackwell before he could register an out. The first four batters reached on a hit and three walks. A wild pitch brought in the first run. That brought Anthony Graziano to the mound for Nassau. After a pop out, Jarrod Dumont doubled to plate two more. Before the inning was over, another run scored on an error making it 4-0. Santa Rosa never looked back.

Nassau sent eight pitchers to the hill to try and stop the bleeding but Santa Rosa never stopped pouring it on. Scoring in all but the fourth and seventh innings, the Rose Buds piled up 15 runs on 16 hits. Jerod Lunardi and Jarrod Dumont each had four hits to lead the assault. They were also the first two pitchers to go to the mound for the club. Dumont was named tournament MVP. Ironically, neither hurler got the win. Lunardi didn’t complete the 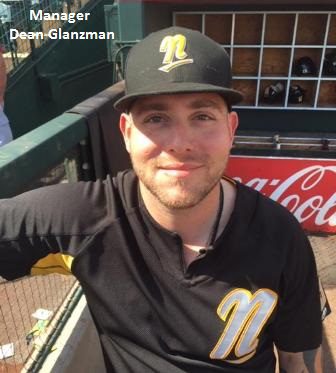 required five innings to qualify. The Buds never relinquished the lead and by rule, the official scorer picks the winner based on the “most effective” subsequent pitcher. That turned out to be Dominick Palumbo who went the final 3.1 innings without allowing a run.

The meeting of these two teams in the final could have been predicted. Santa Rosa went through the tournament undefeated while Nassau had just one loss…to the Rose Buds by one run, 4-3. Nassau manager Dean Glanzman’s game plan was spoiled by the big lead forged by the Rose Buds. “We like to play small ball,” said Glanzman. “We have good team speed and like to force the issue.” By building an early big lead, it forced the Pirates out of their game plan.

While it took a team effort to go home with the ring, every player has his own individual story. “One of our guys, Matty Owens, is a cancer survivor and is here despite a lot of other circumstances,” said Miller. “He’s not a guy that plays all the time, but we really rally around him. He is the personality of the team.” Starting pitcher Jerod Lunardi took the field with a different look than he was accustomed to. “He just cut off the beard that he has had for eight years,” continued

Miller. “He just got married so…” The ‘family’ is a real melting pot. “We’ve got German guys, Latin guys and Italian guys, so it is really something to see the way we all come together for this week.” Miller went on to say that it is about more than just baseball. “We have been in each others weddings, watch each others kids and just hang out together.” Now they have one more thing to share; an MABL championship.